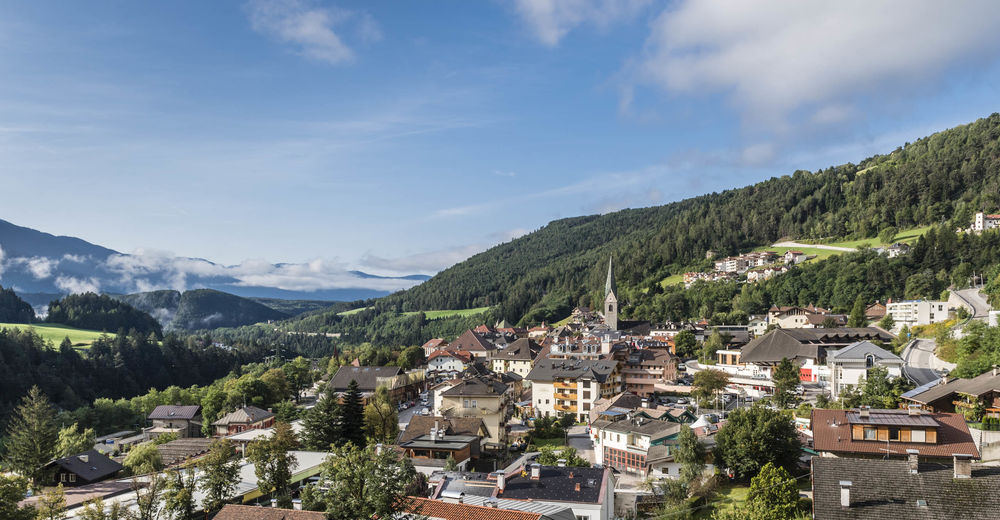 Mühlbach is located at the entrance of the Pustertal valley and has had market village status since 1269. Ancient walls, stately manors and refined townhouses bear witness of its long-standing history. Located at the heart of an important traffic artery, Mühlbach forms the centre of the Ski- and Almenregion “Gitschberg – Jochtal”. The multifaceted hustle and bustle can best be enjoyed on a leisurely shopping stroll with a culinary stop-over at one of the cafés. Direct bus connections from Mühlbach to the picturesque Vallertal, the sunny Meransen, the Rodenecker-Lüsner Alm as well as Spinges with its old farms, all just a stone’s throw away and certainly worth a trip. Also, the cable car takes you up to Meransen as well. Alternatively, you can catch the train to the Pustertal or take the bus to Brixen.