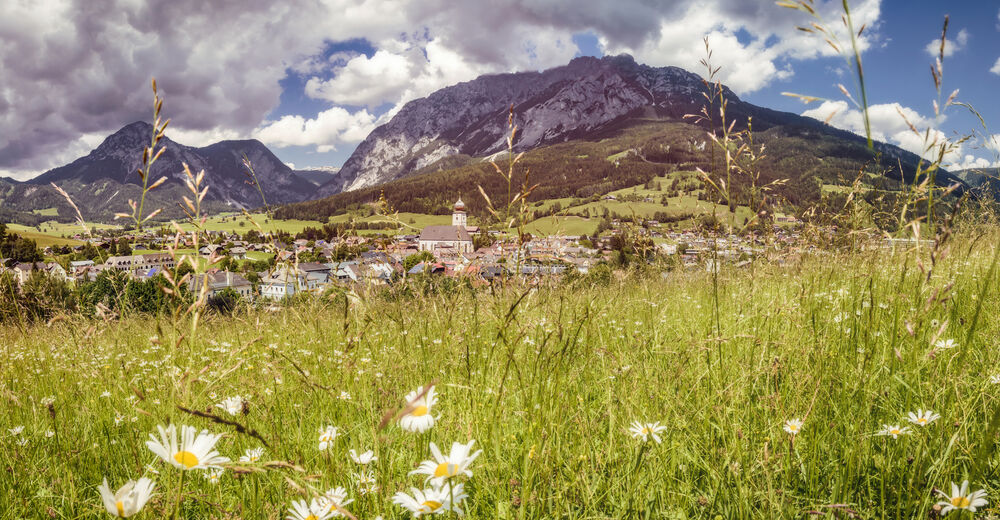 The municipality comprises 6.691 ha Gröbming and borders on its north side, among other things, the province of Upper Austria. The market itself is situated at an altitude of 776 m. It was determined during the last census in 2497 people.

From history we know that the Romans were already in the area (Roman stone in the Catholic Church, Sölkpass), later the region was populated by Slavs and Bavarians (700 - 1000). The first houses are documented in the 11th Century, emerged (yew Thaler, Schörkmayr, ...).
1994 celebrated the 900 years anniversary Gröbming and the surrender of the town crest. In 1500 the mighty late Gothic church is dedicated, well worth seeing is the Gothic winged altar, which is usually called the "Apostle altar." It is the largest of all extant triptychs of Styria.

During the Reformation Gröbming was a small refuge for the followers of Martin Luther. The Protestant church was built in 1850th She is the oldest of Styria, the altarpiece, which represents the risen Christ is a gift from the Emperor Wilhelm of Prussia.
Gröbming has long been an unsecured markets, so there was also a market until 1848 judge, who was replaced by the first mayor. Around the turn of the century began with Baron Clumping of summer tourism in Gröbming - Stoderzinken. 1902 went to Peter Baron Rosegger Clumping on Stoderzinken; at this time was also the Stoderkircherl built.
The dairy Gröbming was also founded in 1902 and today produces excellent cheeses from the best alpine milk. During the second World War II, the market housed thousands of refugees. The South Tyrolean village reminds us even today.

The early 60s the Stoderzinken for winter tourism, with lifts was developed. Gröbming evolved in recent decades to the administrative, economic and school location and the center of the region Grobming.
In 1979, the market is large by-pass. To relieve the heavy traffic from the center, twelve years later became the so-called northern bypass built. The local renovation began in 1988 and was one of the best markets to Gröbming our homeland.
Today, the market town of Gröbming home to many small and medium enterprises. Events such as the legendary Ennstal Classic and mineral show Gröbming make known far beyond the borders. With new ideas and open-minded leaders tried to preserve the quality of life of the village and improve.

Community emblem since 1994:
Which by its color combination to be extremely friendly to significant arms documented by its symbols in an expressive way, the history and uniqueness Gröbming: The centuries-long special legal status as Hofmark is represented by the two lilies rods as a sign of judicial power, the tooth cut in silver documented the Slavic language root "greben "Our mountains and has" comb out "and the twelve apostles give crosses as a symbol of the apostles to be designated as a cultural altar in the Catholic Church Christian witness to the special connection. 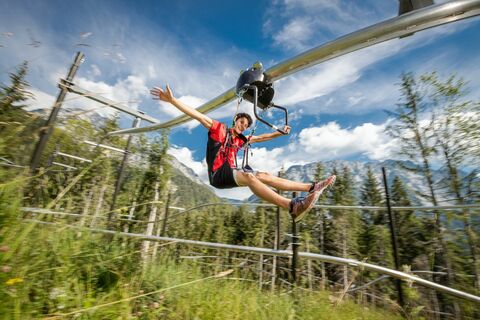 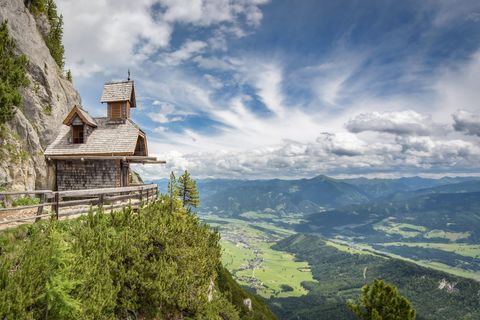 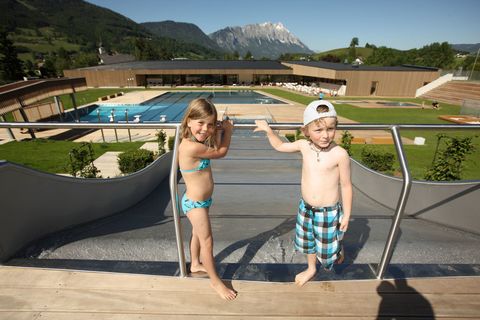 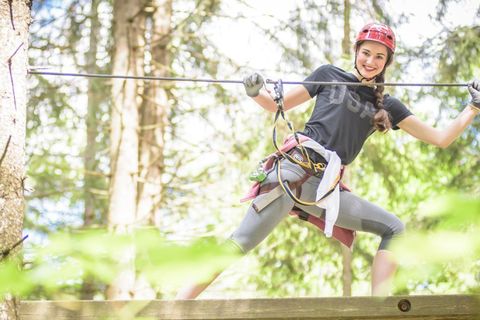